Our daughter had a prolonged seizure

Anniversaries of traumatic experiences are tough. It’s difficult to get back to normality when something awful happens in your life, time heals but there’s just something about anniversaries. The pain and worry returns, you find yourself right back there, reliving the emotions and fear. For me talking about it, writing it down, that helps. So as part of my healing and for awareness I am going to share our story with you. This was a tough one to write. Before you read further please be aware that our situation was very rare but awareness of febrile convulsions is important. If you’d like to read more about them please see the NHS website here.

On 6th August 2015 April was a bit unwell but just the usual cold symptoms, slightly runny poo and a bit off. Her temperature was ever so slightly raised. I made dinner as usual and we all sat down to eat. She wasn’t interested in eating so sat on my lap. I decided to take her upstairs to feed her on our bed and put her to bed early. Then it happened.

She starred up at our ceiling fan and something triggered inside me, something wasn’t right. I couldn’t get her attention, her eyes were glazed and she began to shake, then vomit. I’ve never seen somebody have a seizure before but I knew. I ran downstairs with her shouting for Steve to ring for an ambulance. I knew she needed help. He didn’t know what had begun. We entered shock and bewilderment, what was happening to our little girl?! Why? In that moment I thought we were going to loose her. The pain of losing her set in, almost like I’d already given up. Completely lost. We heard the sirens and I stood with her in my arms outside our front door pleading for help.

The paramedic ushered us in and immediately gave her oxygen and a pessary. It wasn’t stopping. This next part is blurred a bit, it almost feels like it happened to somebody else. I went in the ambulance with her on my lap, more medicine, no change.

We got to the hospital and I could barely stand. One of the paramedics carried her and another helped me walk behind. How was this my life? Was I really here?

Completely helpless I sat whilst so many amazing people surrounded her. The oxygen continued, the seizure continued, the living nightmare continued. A male paramedic knelt down in front of me. He gave me the pep talk I needed, he helped me to stop shaking. You need to be strong for her, stand by her, let her hear your voice, ask questions, stay present he said. Oh how I needed that. From then on I was by her head holding her hand and asking questions.

Let’s not forget that our boys saw the whole thing (then 5 and 3.5) and still recall it. They mostly talk about the ambulance coming and various people looking after them. This was definitely a whole family trauma.

I think we were nearly an hour into her seizure when things started to get more serious. There were talks of her being transferred to London or Cambridge and to be fully sedated, a whole transport team were on standby. Nothing seemed to be stopping it. A procedure to (intraosseous infusion) get the meds directly into her bone marrow was next. The doctors suggested I leave the room whilst they drilled into her leg. I have no doubt that this saved her life – A year later the scar remains but it has faded amazingly well.

Steve arrived whilst I was in the corridor discussing options with her doctor. My whole world was in her hands. She hugged me whilst I cried. I’ve never seen my husbands face like that before, full of fear. We returned to her bed and things started to improve, her seizure lasted about 1.5 hours in total.

Though the seizure was over the nightmare wasn’t. It was time for many tests, tests to see why this had happened and to check her brain. We feared that though we still had our daughter that we may have lost what made her her. A CT scan was first and we sat together outside not really feeling like this was real and utterly terrified of there being something wrong with her brain though at the same time being thankful that she was alive. I mentally prepared myself for a very different life.

That night we were taken to the HDU and panic set in. I was exhausted but there was no way I could take my eyes off of her. I watched every breath, I watched out for every possible change incase she was going to have another seizure. She never did. 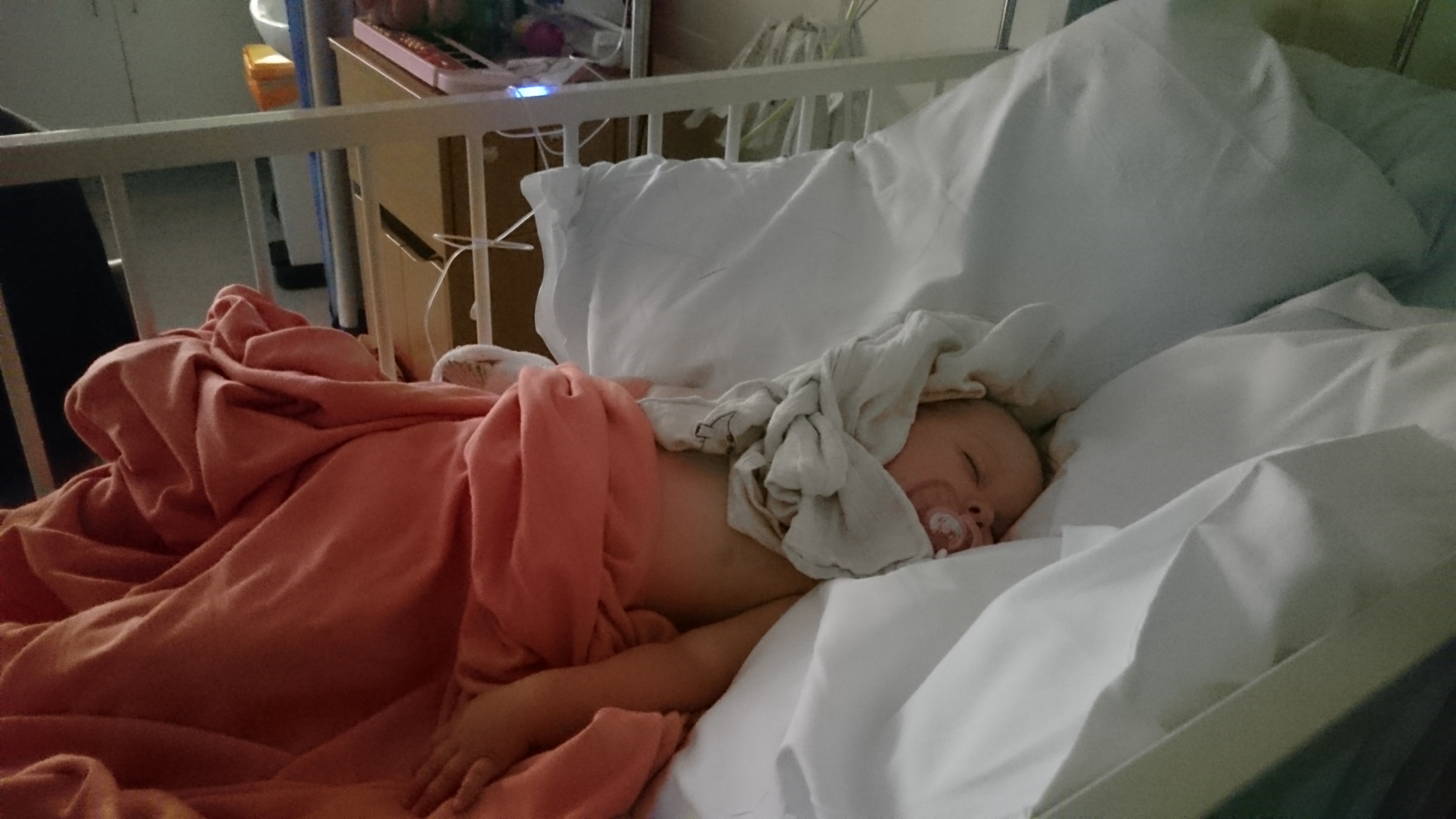 It took about a day for all the medications to wear off. She was so drowsy and floppy. She felt so so heavy to hold as she wasn’t supporting her own weight. The first time I fed her again felt like feeding a giant newborn baby. Slowly our daughter started to come back. She started to eat again and to interact like she did before. The relief was beyond anything I’ve ever felt before. 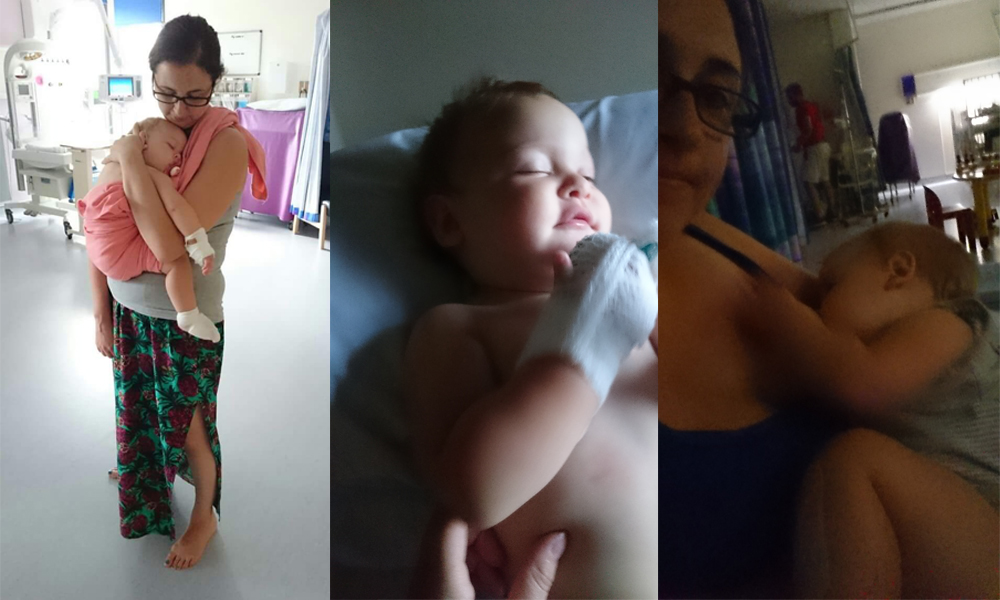 She had tests for infections, she was tested for meningitis. Blood tests, iv antibiotics and anti viral drugs. It turns out she had a gastrointestinal infection called campylobacter. Once discharged she also had an eeg and mri scan under sedation.

Reflecting on the last year it has been a bumpy ride. The fear of another seizure is never too far from my thoughts. Each time she’s had a minor illness it doesn’t feel minor to us. In the first few months I obsessively checked her temperature and I slept on her floor for 2 weeks. We bedshare often now but back then I was concerned by my heat. A video baby monitor has helped and I can image we’ll use that for many years to come. We also have an emergency medication to give her should she have another. I think babywearing has helped me through this. It’s allowed me to keep her close and in the early days I could easily kiss her head for reassurance of her temperature.

We have no idea if this was a one off. A prolonged febrile convulsion is quite rare, especially this length. Usually a febrile seizure will last 30 seconds to a few minutes. I hope it was just an awful combination of things but I do feel better prepared now and I have a plan of what would happen if she had another one.

Writing this had helped. It’s part of my own healing and thank you to everyone who helped us and all the well wishes you sent us last year. One important thing to remember is that there was nothing I could’ve done differently, our consultant told us there was nothing that would’ve prevented this from happening. One thing that it has opened my eyes to is that there are children that react differently to even the slightest of bugs. A slight raise in temperate could make another child very poorly. Preschool and school terrify me but I hope that her body will be even stronger by then.

Here she is now. 2 years old, our amazing and strong daughter. I am thankful for her every single day! 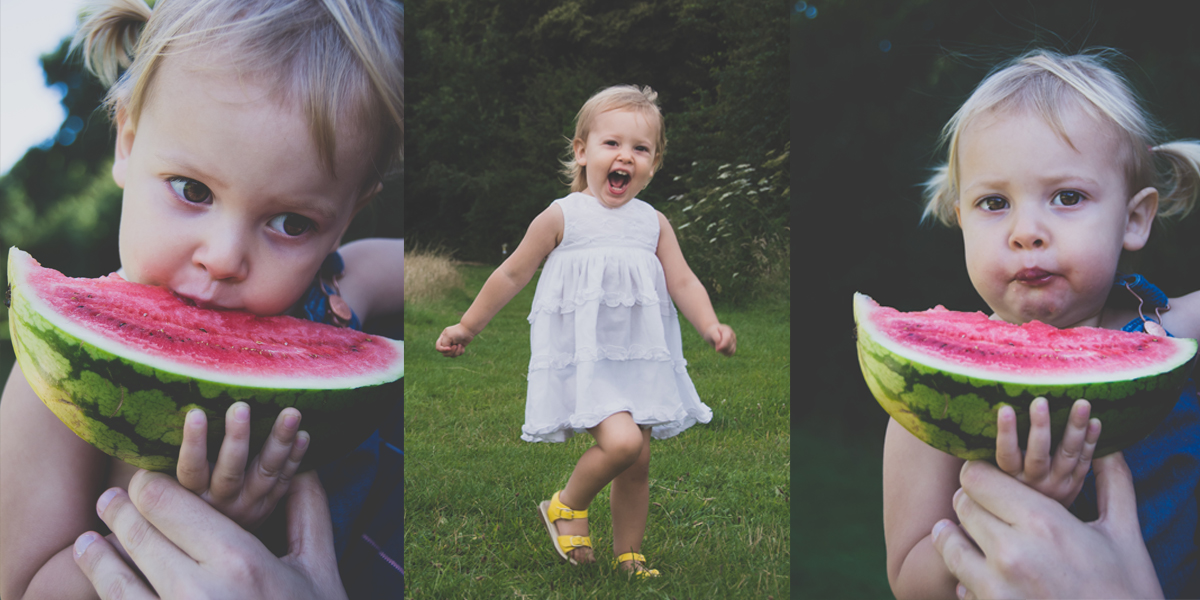 « Back to My Blog

All images are copyright of Sarah Everett Photography. Unauthorised reproduction or use is strictly forbidden.

This website uses cookies to improve your experience while you navigate through the website. Out of these, the cookies that are categorized as necessary are stored on your browser as they are essential for the working of basic functionalities of the website. We also use third-party cookies that help us analyze and understand how you use this website. These cookies will be stored in your browser only with your consent. You also have the option to opt-out of these cookies. But opting out of some of these cookies may affect your browsing experience.
Necessary Always Enabled

Performance cookies are used to understand and analyze the key performance indexes of the website which helps in delivering a better user experience for the visitors.

Analytical cookies are used to understand how visitors interact with the website. These cookies help provide information on metrics the number of visitors, bounce rate, traffic source, etc.

Advertisement cookies are used to provide visitors with relevant ads and marketing campaigns. These cookies track visitors across websites and collect information to provide customized ads.

Other uncategorized cookies are those that are being analyzed and have not been classified into a category as yet.